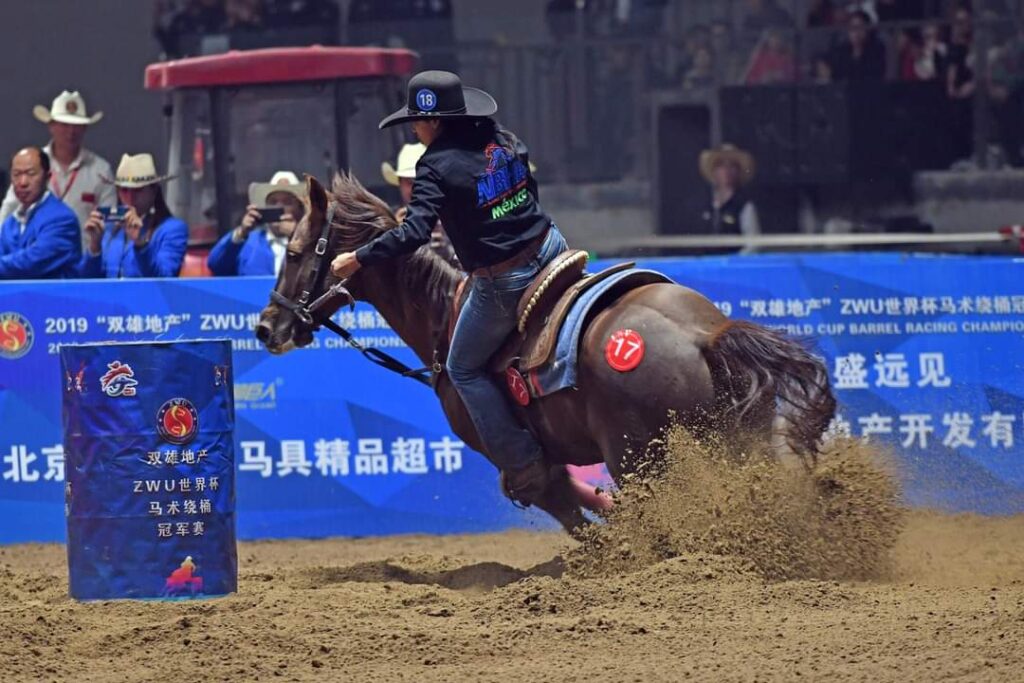 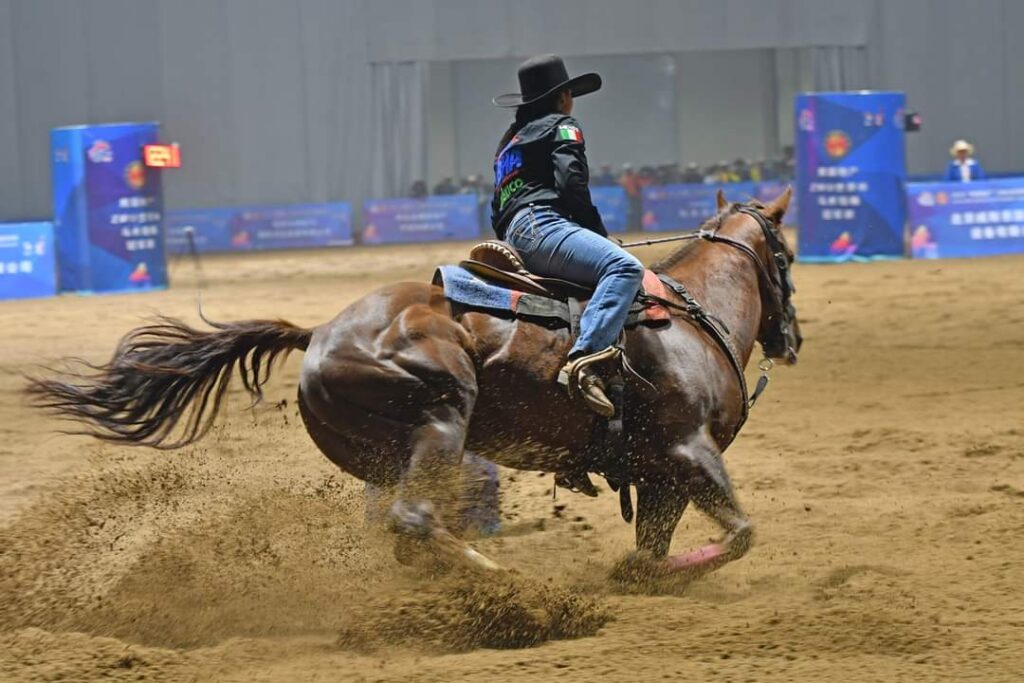 Veronica was born and raised in San Diego, CA to a non horse family and yet her love for horses began since she was a little girl. Her father bought her first horse at age 12 in Rosarito, Mexico.

It wasn’t until after college that Veronica was able to pursue her journey for true hormanship and she
began her quest for knowledge and understanding.

In 2019 Veronica qualified for Mexico’s national team and competed in the NBHA World Championship that was held in China placing 3rd in the world for Team Mexico!

Tim has been a key factor in Veronica’s success, therefore in 2020 Tim and Veronica teamed up to create Equine Performance Specialists where they focus on healing the horse’s body and spirit.

In pursue of having a deeper connection with animals and horses, in 2021 Veronica attended an animal communicator seminar hosted by Lydia Hiby where she learned how to communicate with animals, learned about vital pet nutrition and homeopathic first-aid. As well as the psychological characteristics of specific breeds that may not be changed through training or ESP.

Veronica continues to focus on her horsemanship by taking lessons and attending clinics in both the United States and Mexico. She will continue to pursue additional certifications to improve the quality of their services to better serve the horse through Equine Performance Specialists.